In 2009, I had some empty industrial space in a former Britvic bottling plant I bought ten years earlier.  The building was built in the sixties.  It was asbestos clad, but due to its low ceiling height and lots of steel stanchions, it really wasn’t fit for purpose to re-let to modern operators.

I set about a plan to demolish the buildings, known locally as the pop factory, and create some new industrial units on the site.

At the same time, my energy company CCC Energy was helping clients to understand and install low and zero-carbon technologies to reduce carbon emissions and reduce costs.  Daily we were analysing and reviewing new technology coming into the marketplace.

Instead of replacing the bottling hall with “crinkly tin sheds” like all the other industrial developers, I came up with the concept of Zero Energy Cost Business Park. 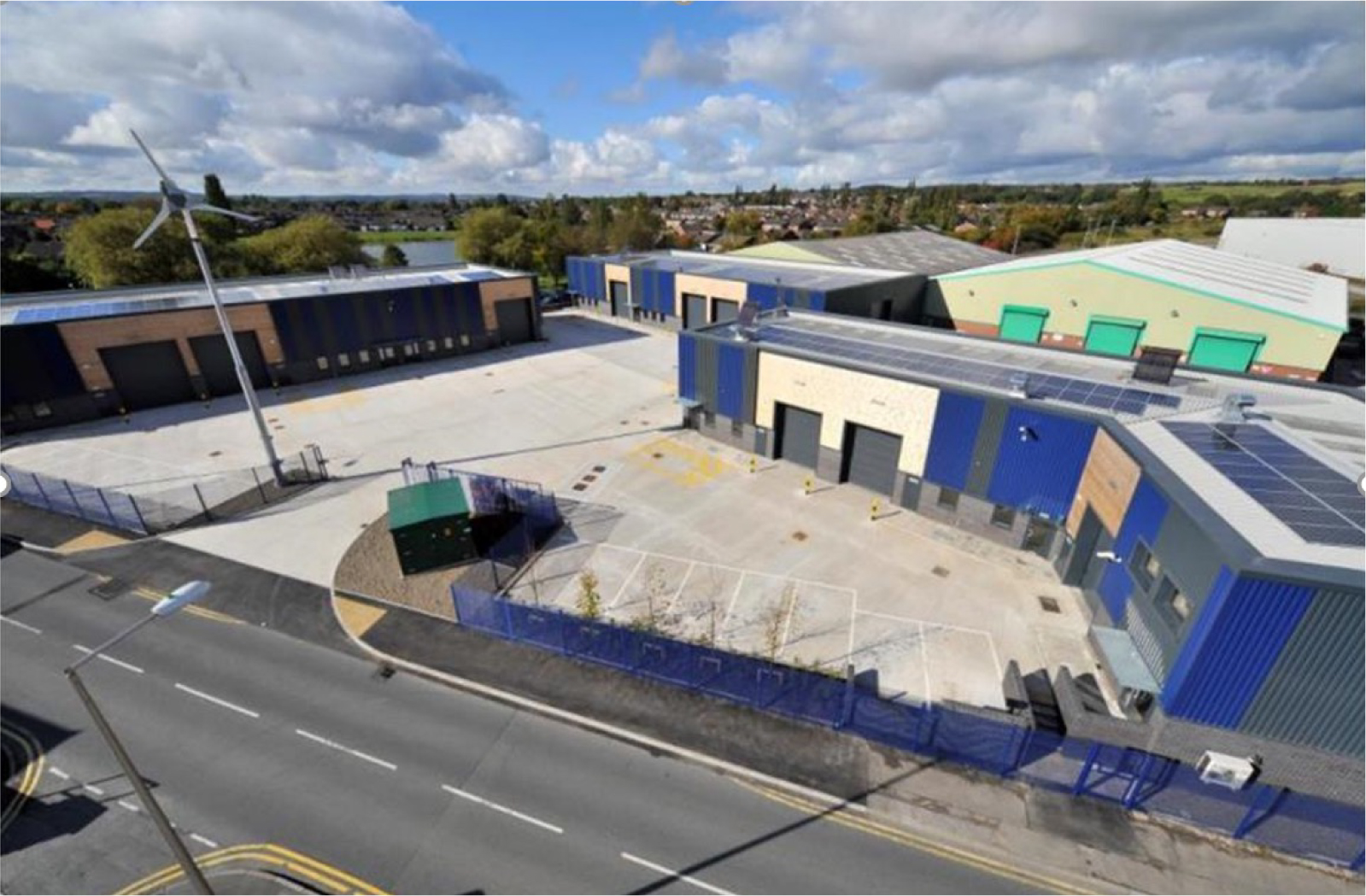 At the time, the property World was still suffering from one of the worst economic situations meaning that developers needed to provide a USP or differentiation from other industrial units to get them let.  Many developers had actually stopped building completely.

Through my energy and carbon work, I also understood about the up-and-coming Climate Crisis, the problem with energy stability and the future cost rises that would affect the UK.

I believed that building in this way would help in three main areas;

Lower any void periods – as a Landlord and the prospect of empty rates for non-Domestic property, this was a must.
Future proof against toughening environmental legislation (Lately we have seen the introduction of Minimum Energy Efficiency Standard (MEES) and
Increase yields and therefore value – doesn’t every Landlord want to do this?

To be honest, I’m not sure the property World was ready for my ideas.  The first agents I talked to about the scheme almost laughed me out of their offices.

The problem I had was the substantial uplift from traditional construction costs.  For years property developers in deprived areas around the UK could access European Regional Development Funding (ERDF) or gap funding between end value and construction costs.  In most cases, this was up to 35% of construction costs.  Things like contamination or low rental values were the best ways to secure the grants.

This alone was still not sufficient to cover the uplift to create Armstrong Point – the UK’s first zero-energy cost business park.

I met with several of the team administering the ERDF monies.  When I explained the concept, they were absolutely thrilled with the ideas, as no one was investing in the property sector in this way.

They backed the scheme whole heartedly as they knew a project like this would be exemplar and stimulate a property industry that was miles behind in cutting carbon.

Fast forward ten years and they were right.  Some developers have been dragged kicking and screaming, whilst others (some working with us) have embraced the changes needed.

Coincidently, the ERDF funding towards our green technology was 50% of the capital cost.

What have we achieved in the last ten years?

We are fully let, with a waiting list of Tenants wanting empty space.
We still achieve A+ Energy Performance Certificate ratings.  Non-Domestic buildings will be expected to achieve a B rating by 2030, causing lots of developers and investors headaches (we can help with some real practical advice and solutions).
We have achieved a 71% rental growth in the last ten years and yields are around (1-4% better than some traditional stock with less environmental credentials).  Big funds that don’t normally touch smaller sites in Wigan have wanted to put this gem into their portfolios.

But actually, operational carbon compared to 2010 Building Regulations built specifications of the same size has reduced by 2,000 tonnes and if compared to the previous regulations of 1995 are over 15,000 tonnes of CO2 more than Armstrong Point!

When trying to explain to a potential tenant many years ago that their operational energy costs would be zero, we were lucky enough to audit their existing premises to analyse their existing costs.

At their existing site, they were paying £3.5 per sqft to heat and light their space.  At Armstrong Point, we were promising them a reduction to zero.

Ten years ago, it wasn’t as simple as to charge them an additional £3.5 per sqft – they simply didn’t believe us.  Now they do.

We have had some major successes with technology (none more so than the cladding system provided by CA Group) and in general all have gelled well together and stood the test of time.  Month in month out we are able to show those energy and carbon savings with the monitoring equipment we installed at the outset.

We have also run programmes to help other businesses save carbon and reduce costs and regularly we are asked to assist developers with feasibility and specification design for their own low and zero carbon facilities, be that new build or existing sites – which in these days of significant energy price rises can save an organisation.

There were issues; higher capital cost, professional barriers, contractor barriers, and explaining the technologies (which led us to develop our ideas around training)… but these are far outweighed by the positives.

Some of the benefits of developing to this high standard include; easier planning, increased tenant demand, increased rental values, increased property yields, future-proofing against environmental legislation, higher tenant satisfaction, awards and sharing best practices.  I also received a phone call from Lord Redesdale during the build and we have become friends and business partners as a result.

Should you want to learn from our ten years of leading the way in low carbon development, please get in touch.  Unlike other “experts” we have built our own, we manage our own and we believe that net zero/zero energy cost is possible for most sites and applications.

Finally, just like I was laughed at by many when I embarked on my project, always remember to dream big, so you can achieve big.  Don’t let the doubters ruin your dreams! 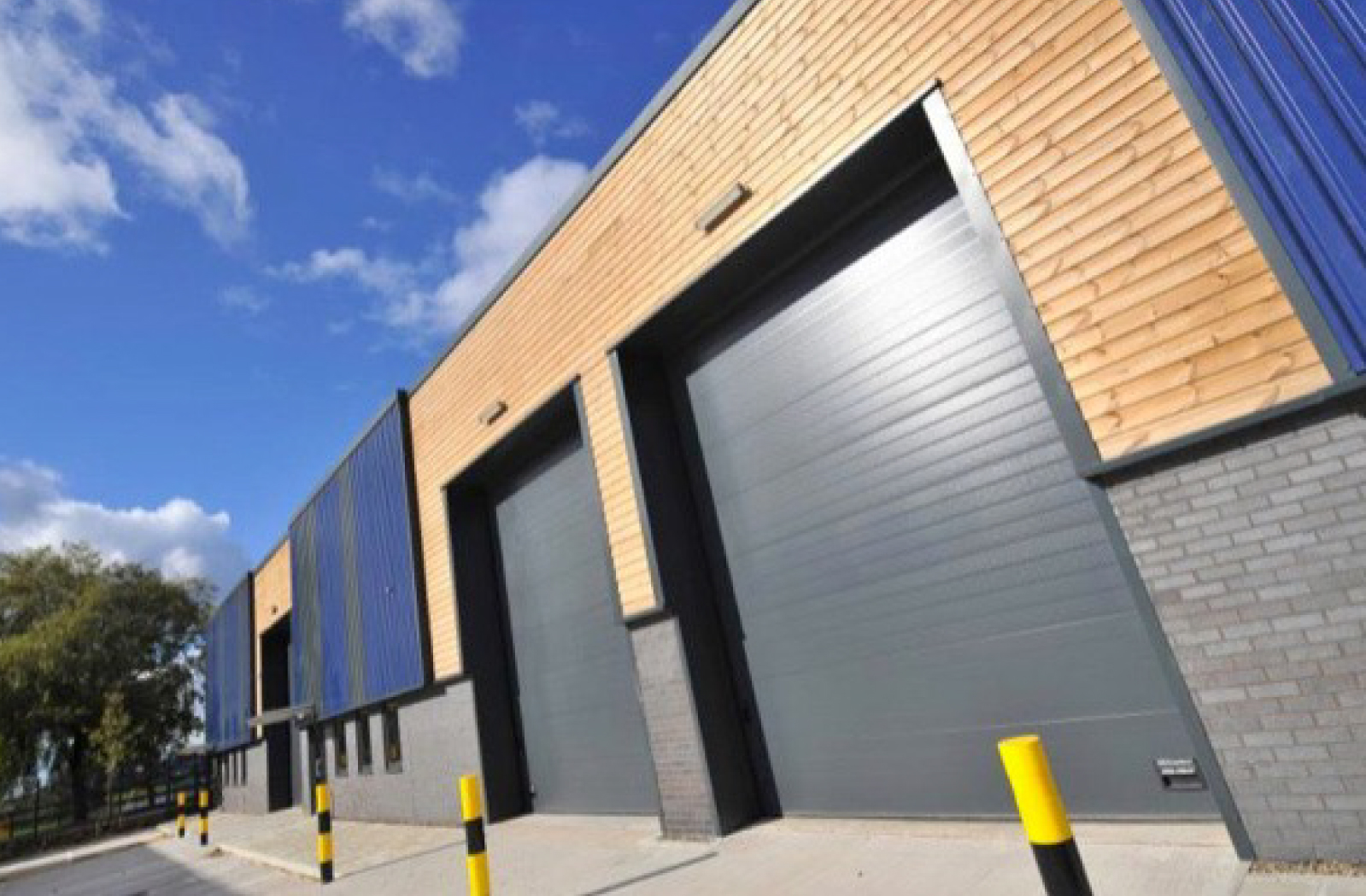 Please also come see me speaking at EMEX in November – come chat with me.

Thanks for reading and best wishes.