Today is the Birthday of Brendan Ainscough! 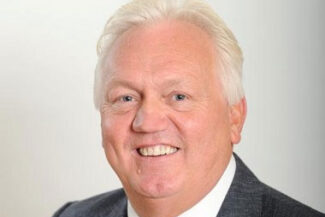 I’m a Wiganer, so I’ve known of the Ainscough family since being a kid.  I’m pretty sure their family history was embedded in my school curriculum and if it wasn’t, it should be.

As well as being a family of very successful entrepreneurs, they are a charitable bunch.  I have witnessed this first hand as family members try to outbid each other at a charity auction, to help numerous good causes.

I first met Birthday Boy Brendan when he visited Armstrong Point with his son Craig almost ten years ago.  Brendan was part of the trio of brothers who developed Ainscough Crane Hire into the most successful crane hire business in the UK, operating over 500 cranes with 1,000 employees and netting them over £255m in its sale in 2007.

Brendan was fascinated with our facility, the UK’s first zero-energy cost/net-zero business park and we have stayed in touch, in fact, over the years Brendan has attended our MacMillan Coffee Mornings and engaged with our guests.

A few years later, when I was building a new school in Malawi, I spoke to Brendan about the project and the positive impact on the children I intended to make.  Brendan listened with interest and he committed to helping me achieve my goals.  And he has delivered.

Not only has Brendan supported the project financially, but he has been alongside me providing moral support and general advice and guidance.  He is always interested to learn and understand cultural differences.

When I started this particular school, I thought I was helping just the children who would use the new facility, as there would be improvements to their education, but in fact, some of the biggest benefactors have been local employees who have struggled so much during the pandemic, meaning their usual business has been affected, be that farming, shopkeeping, etc. and they have been unable to feed their families.

The words of gratitude from these local workers have been incredible and I have fed these back to Brendan throughout, who has been touched by this outpouring of thanks.

Just last week, I connected the children from the school my daughters attend in Worsley with the children of Dowa to discuss how Climate Change has had an impact on their lives and what they could do about it.  This connection has created a beautiful relationship with British and Malawian children which will lead to more collaboration and I am even thinking of future exchanges.  This project has also compounded my respect for the Ainscough family and in particular Brendan.

So from the children and workers of Dowa, we wish you a very Happy Birthday Brendan.  May you be blessed with many, many healthy years ahead of you, so you can carry on helping others through mentoring and support.